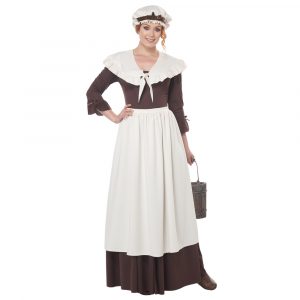 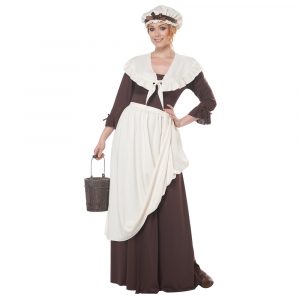 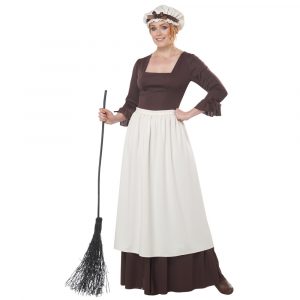 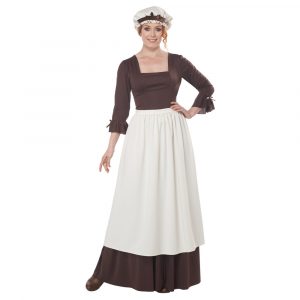 When we think of colonial times we might think of the strict rules that the hard-working men and women had to live by. Or maybe we think of the rebellious tavern talk that broiled in taverns for decades before the American Revolution. Or you might think of a peaceful Thanksgiving feast. But do you ever think about their day to day conversation? Ever wonder what kind of jokes, gossip, and small talk they traded back then? We might be able to glean a little info from their common idioms. For instance, if someone had had too much ale at that meeting of independence, they were said to be “in disguise”. And if that man was all limbs he’d be called “gilly gaupus”. And if he was slurring his words his speech might be described as “hubble-bubble”. And if the same man was a trifling, insignificant guy, he’d be called a “niffnaffy fellow”. In short, the colonial people might have dressed conservatively but they certainly knew how to have fun with their words!

PRODUCT DETAILS
Want to look like you’re ready to churn butter, spin yarn, and capture a chicken for dinner, all in a day’s work? This colonial costume has you covered. The brown dress is tied with a sensible white apron and pretty, subtly ruffled shawl that ties at the center. The three quarter inch sleeves flare and tie with a ribbon for a picturesque touch.

JAMESTOWN JANES
Are you looking to channel a significant colonial woman? Get inspired by reading about women such as Anne Hutchinson, a religious leader who stood up for her beliefs in court. Or Patricia Wright who was both a sculpture and a spy for the Revolution. Times in the colonies were always challenging, so finding a strong woman to channel shouldn’t be hard. So put on that adorable cap, get out there, and make history!